The cost of living in Australia: How does it compare? (2022)

by Immigration to Australia / Tuesday, 25 January 2022 / Published in Life in Australia, Our latest posts

Some of the most frequently asked questions about the cost of living in Australia are, “Is it expensive to live in Australia?” and if Australia is cheaper or more expensive than a certain country.

These are the questions we’re going to answer today by comparing New Zealand’s cost of living to that of four other nations – the UK, South Africa, the USA, and India.

Residents from these four countries often immigrate to Australia.

How does the comparison work?

To give you a realistic idea of how much Australia’s cost of living compares to the countries on our list, our comparison will look at the cost of seven everyday expenses:

We’ve pulled all the costs from Numbeo, which is the “world’s largest cost of living database”. The costs are crowdsourced, so keep in mind that costs are averages.

To keep things simple, we’ve converted all costs into Australian dollars. You can, however, get local currency costs on each country’s Numbeo page:

Let’s dive into the comparison

On average, consumer prices in Australia are higher than in the UK, South Africa, the USA, and India.

The biggest difference is between Australia and India, with Australia’s consumer prices being 210.02% higher than India’s.

Let’s see how this looks in practice. We’ll start with rent which is the biggest monthly expense for most people. 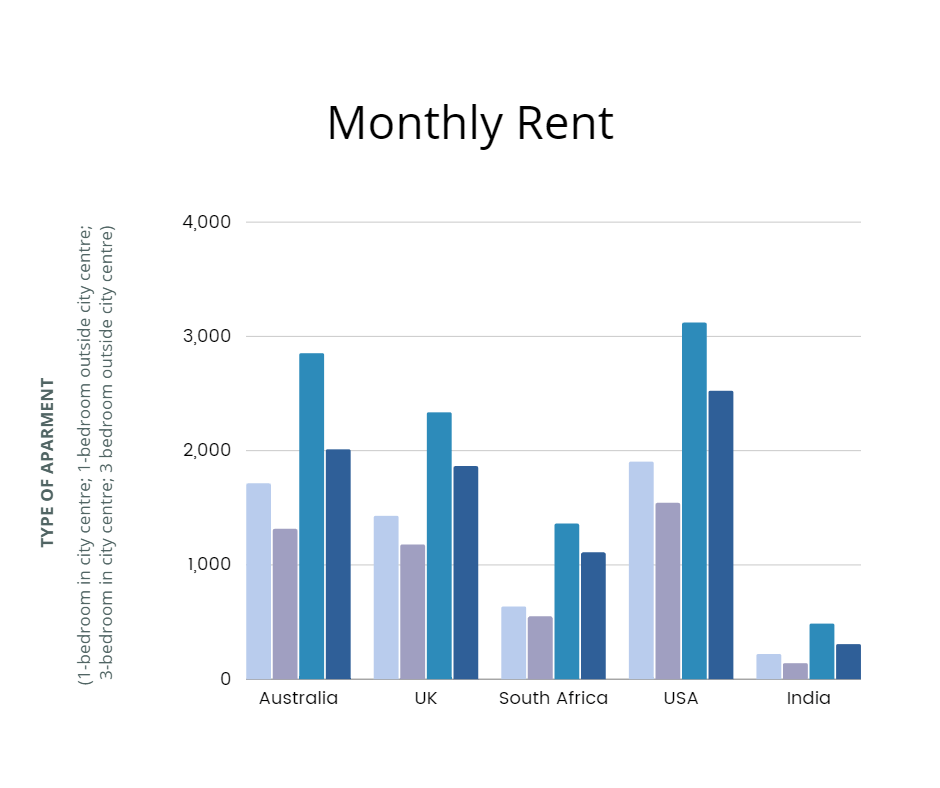 On average, rent in Australia is lower than in the United States and the UK, while it’s higher than in South Africa and India. The difference between Australia and South Africa’s average rental prices is 115.69%.

Let’s break it down by looking at the rental prices of 1-bedroom and 3-bedroom apartments both in the city and in the suburbs:

Are you keen to further explore Australia’s rental prices? Use Rent.com.au or realestate.com.au to search for apartments and houses in specific cities or suburbs. 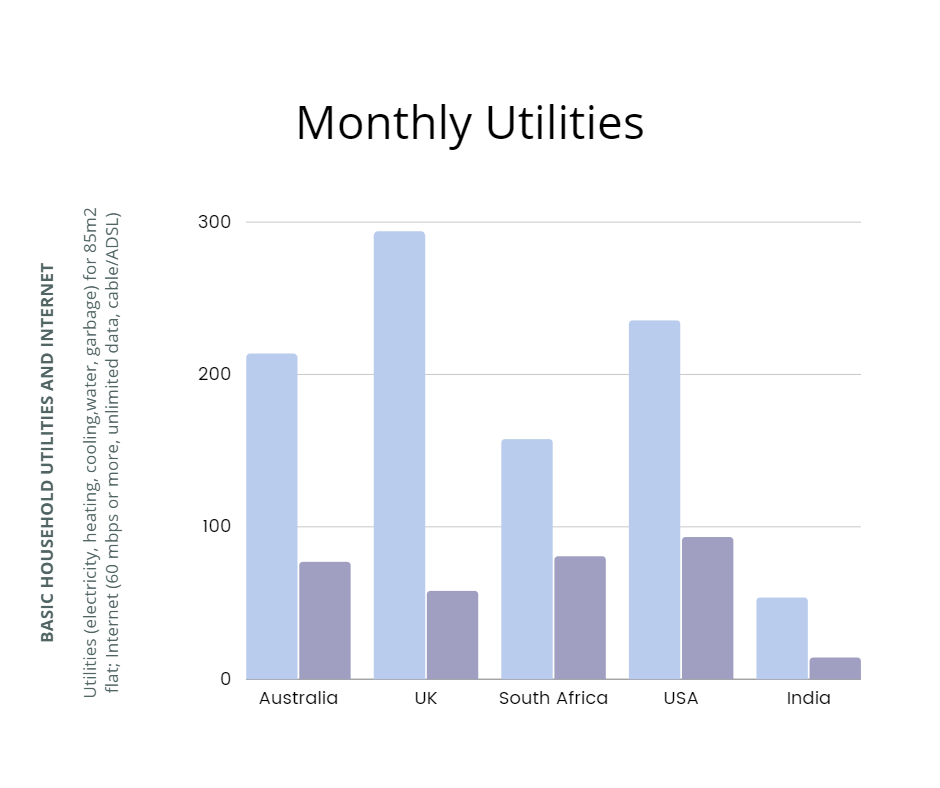 Whether you rent or own, you’ll have utilities to budget for. We’re specifically going to look at the costs of basic household utilities such as water and electricity and internet.

As you can see from the information above, the average cost of Australia’s internet is on par with that of South Africa.

You’re thus going to spend roughly the same on your internet connection if you’re moving to Australia from South Africa.

However, if you’re moving to Australia from India, you’ll find that you’re spending much more on your internet connection.

When looking at basic utilities, you’ll spend more of your budget on utilities as a South African or Indian once you’re living in Australia. The opposite is true if you’re moving from the UK or the USA.

Let’s start by looking at the average cost of a basket of groceries in Australia in comparison to the other countries: 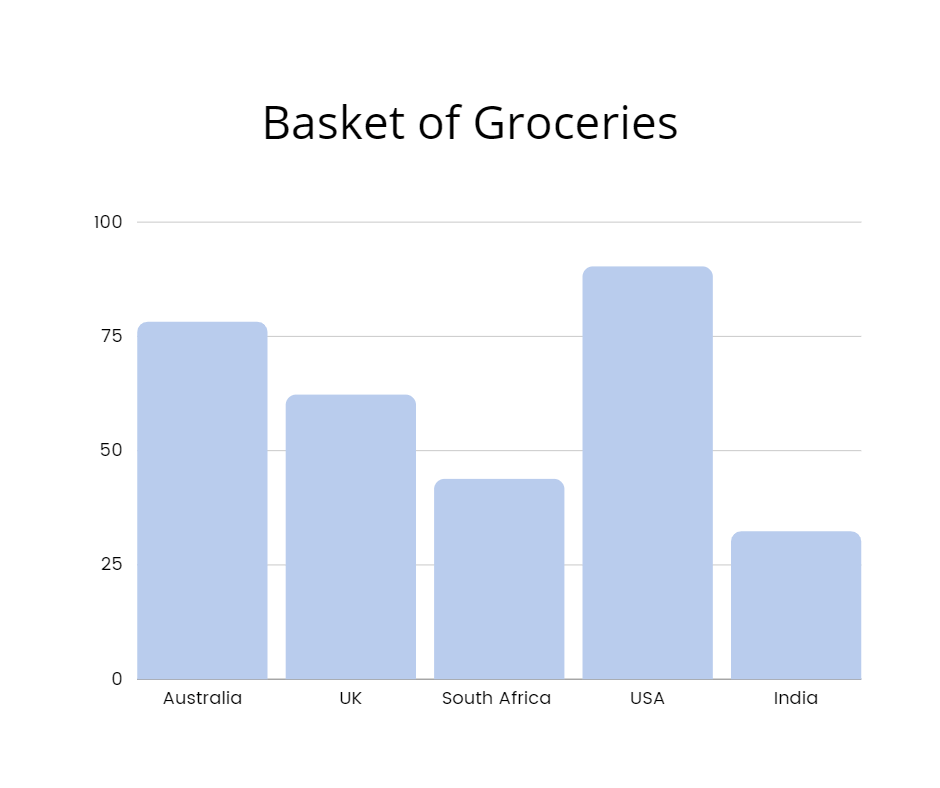 As you can see, the cost of a basket of groceries won’t differ much if you’re moving from the USA. You might also not notice any difference in your spending if you’re a UK national living in Australia.

South Africans and Indians might have to get used to a bigger grocery bill though.

Now let’s look at the prices of the individual items we put in our basket: 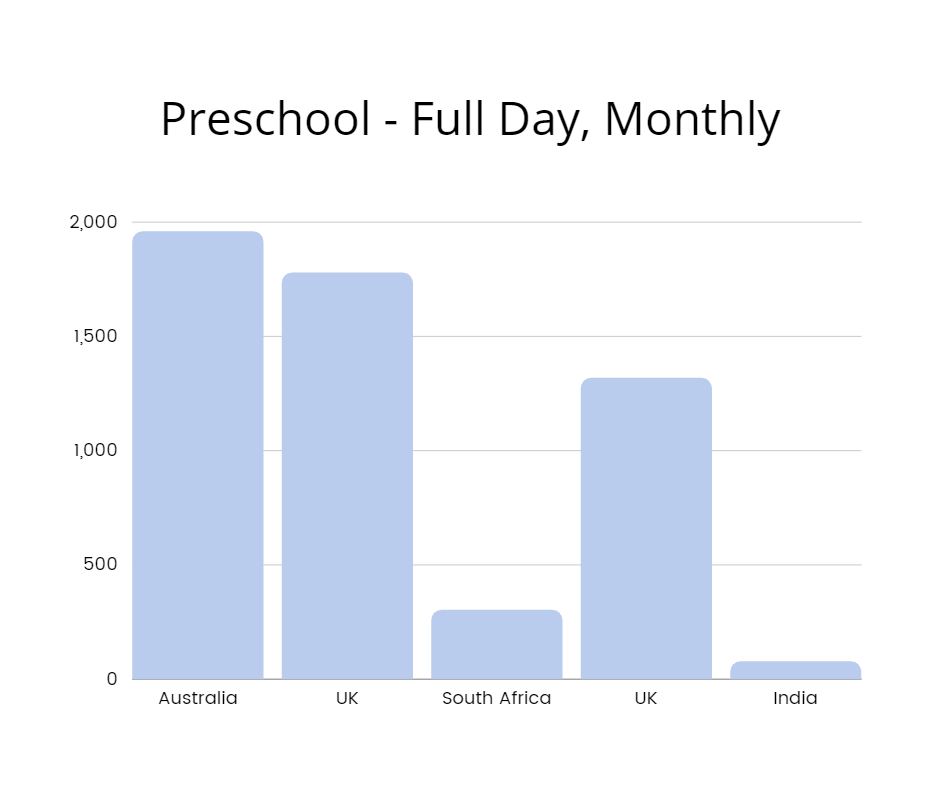 As you can see from the graph, private pre-schooling does not come cheap in Australia. With that being said, the shock of pre-school costs won’t be as much if you’re moving from the UK or the USA.

Primary school, surprisingly, is not as expensive when compared to the UK or the USA.

Keep in mind though that your children might be eligible for a free education at government schools. Generally, children of permanent residents go to government schools for free. You’ll still additional costs, though, like school uniforms and stationery. 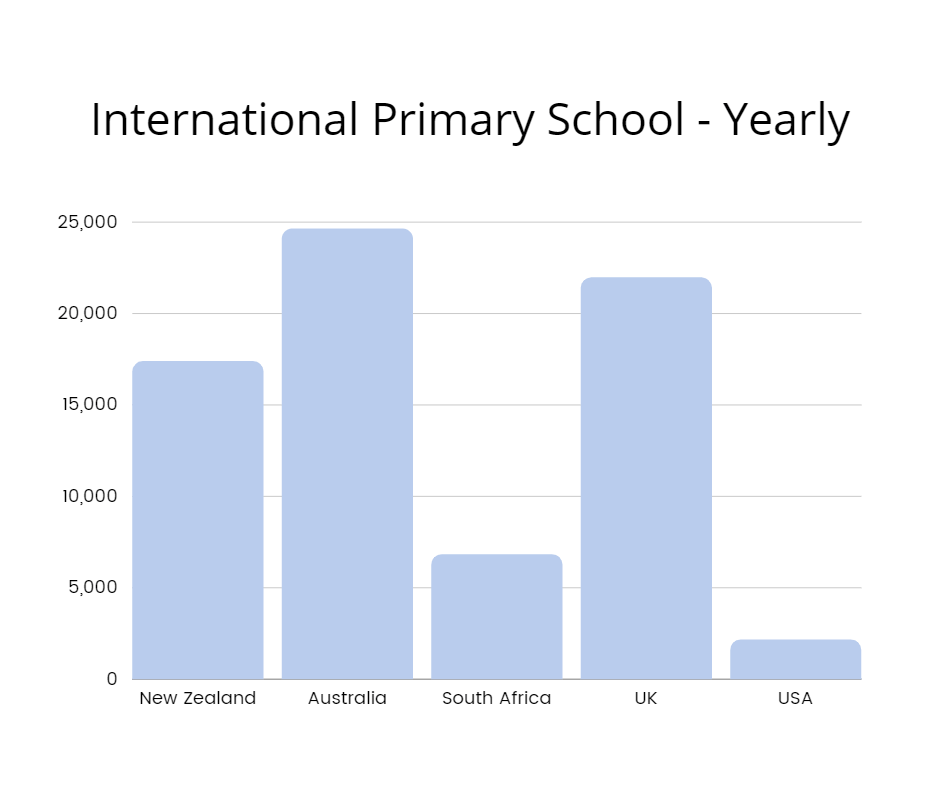 Filling up your closet costs relatively the same in Australia, the UK, South Africa, and the USA.

When compared to India, you can see that clothes cost a lot more in Australia.

You can see from the table below that if you’re moving to Australia from India, you’ll have the biggest culture shock when it comes to the cost of public transport, gasoline and cars.

South Africans, UK nationals and Americans will spend more or less the same on transport and cars as at home.

Australia’s culinary scene offers something for everyone, from seafood to beef, lamb and even kangaroo. On weekends, you’ll find Australians at their favourite cafe at a brunch with friends.

You’ll find that when you’re eating out that you’re spending relatively the same as in your home country if you’re from the UK or the USA.

That is not the case if you’re moving to Australia from South Africa or India where restaurant bills are a lot lower than Down Under.

Knowing how much you’ll earn is a big part of deciding whether or not you can afford Australia’s cost of living.

Someone who earns AUD10,000 a month can obviously live more comfortably than someone earning AUD4,000 a month.

To get an idea of how much you can earn, got to PayScale.

Our final recommendation is to speak to a recruiter working in your industry. Recruiters can give you accurate salary expectations based on your skills and experience. 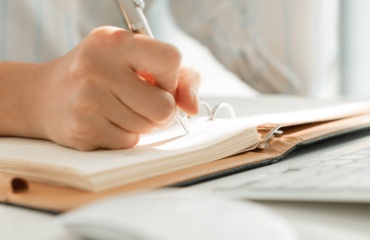 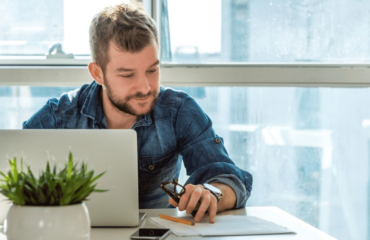 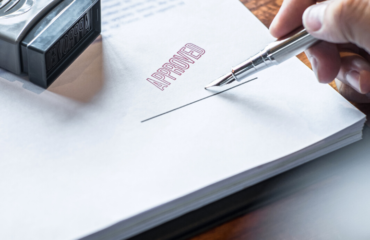 Familiar with the Australian skills assessment? You should be